Excursion to the CITY OF SAGUNTO

Sagunto: its history and monuments

Sagunto situated in a strategic place from a geographical point of view, is a town whose historical importance is well documented throughout its over two thousand years of existence.
As for its foundation myth and legend have been introduced traditionally to make its origin nobler, using many classical authors who have written about it.
The city was devastated by the Carthaginean ruler Hannibal after a harsh and time lasting siege of eight months, during which the town was going to write a glorious page in the history of our country for the courage and heroism shown in its opposition to the invader, an event that lasted throughout the centuries.

The strategic location of the Castle enabled the control of the coastal area and the Palancia River area. A fortress of nearly a kilometer in length, situated on the hill which overlook the town, surrounded by walls with various layouts, Roman and medieval.
The Iberian village of Arse was settled in the western and highest area in the 5th century BC.
During this tour of the fortress, you will see remains like cisterns, columns, capitals …from different periods.

The following buildings of interest are visited during this visit:

The Roman Theater is located on the side of the mountain that the historic castle crowns. It constitutes one of the most important jewels of the roman culture in Spain. It was built in the first century, making use of the concavity of the mountain. It was declared a National Monument in 1896.
It was mainly in the middle of the XX century when the process of consolidation and rehabilitation began.
Nowadays it offers exceptional acoustic conditions for the celebration of artistic and cultural forms of expression: theatrical performances, festivals of music and dance, etc., such as the “SAGUNT A ESCENA” festival that takes place during the summer.

Visitors Reception Center or Casa dels Berenguer, its location should be highlighted, in the heart of the medieval historic center, next to the Santa María church and the old Jewish quarter. The building originally belonged to the Berenguer lineage during at least the 14th-18th centuries. The building has, among other remains, the Mikvé dating from the s. XIV, in which immersions and purification rites of the Jewish religion were performed.
In this place you will also see remains of the of the Temple of Diana, National Monument from 1963. Built between the Vand IV century B.C. and conserves a great wall of stone some 15 meters long by 4 meters high. During the Hannibal’s siege of Sagunto, it appears that this was the only monument saved from destruction owing to the fact that it was dedicated to the goddness Diana.

The Jewish quarter, – The street plan of the old Jewish quarter is the same as when Sagunto was inhabited by the Hebrews, and the houses are still painted with the characteristic lime-based white paint.
The doorway of the Jewish quarter “Portalet de la Sang” (from the XV century), is situated in the Calle del Castillo, and is on the way to the Roman Theatre and the Castle. It is one of the few in Spain which has still its original layout and once inside the visitor has the impression that time has stood still.

Ermita de la Sangre (Hermitage of the Blood), is the largest of its kind in the town. Of baroque style built in the early XVII century. The brotherhood of the Mort Pure Blood of Jesus Christ, whose origin dates back to the beginning of the s. XVI century, has had its headquarter here since 1607.
This is where most of the liturgical acts of Holy Week in Sagunto are focused and from where they depart. Inside there are numerous and artistic processional images of the aforementioned brotherhood.

The Plaza Mayor was the commercial and cultural centre of Medieval Sagunto. It has a rectangular shape with columns supporting the arches, some of which dates from Roman times. The weekly market was traditionally held here.
The Church of Santa Maria, the Corn Exchange, the Town Hall, and the remains of the Temple of Diana are all to be found here.

Archeological Museum.- Until 1990 was located next to the Roman Theater. The museum is located in an old 14th century building, known as the Mestre Penya’s house.
On this site, the most important museum collection from excavations and findings both in the castle and in the urban center and countryside of Sagunto are displayed.
Some of the pieces displayed are: inscriptions in Iberian and Hebraic characters, mosaics with varied decoration, the Iberian Bull, a limestone sculpture from the fourth century B.C. it is one of the most important works in the museum’s collection. 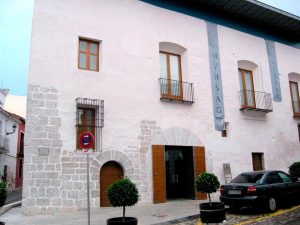 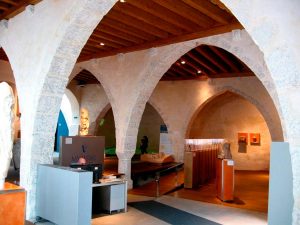 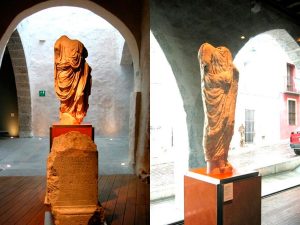 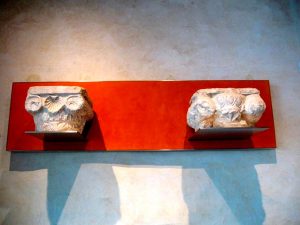 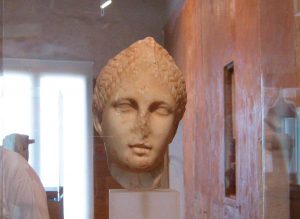 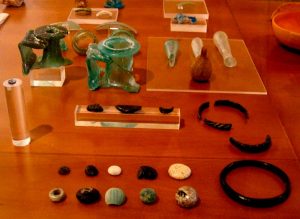 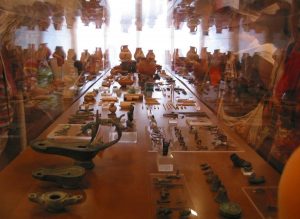 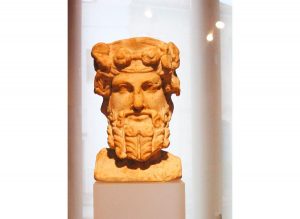 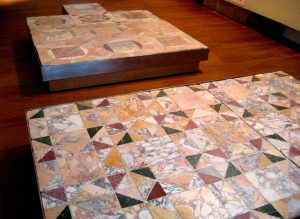 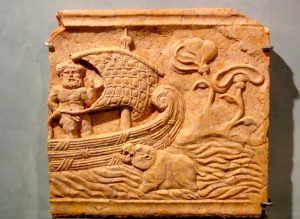 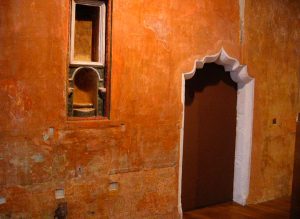 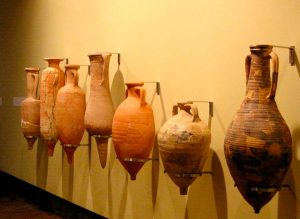