LONJA -MERCHANTS WAREHOUSE OR ANCIENT SILK EXCHANGE – Was declared world heritage monument in 1996 by UNESCO and is one of the most famous examples of Gothic civil architecture that Europe can offer. 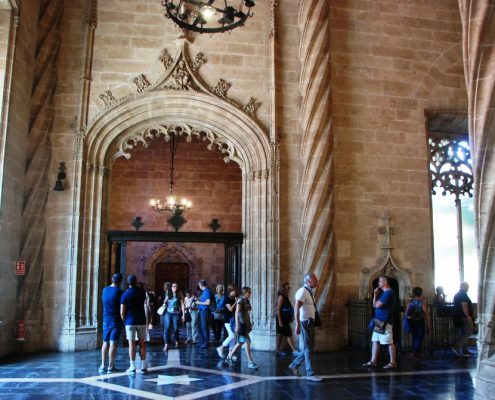 CATHEDRAL (located on the site of a Roman temple, which later became a Moorish mosque, and its origin goes back to the 13th century). 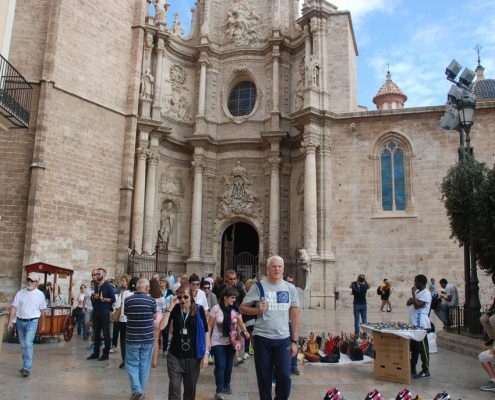 BASILICA OF OUR LADY OF THE FORSAKEN, dedicated to the city’s patron saint, is a major place of worship. The image of the Virgin in Gothic style, is an object of veneration.

VIRGIN SQUARE, fundation of the city and its history, Water Court, Valencia Regional Government – Palace of the Generalita, etc.

PALACE OF THE MARQUIS OF DOS AGUAS / NATIONAL CERAMIC MUSEUM (coaches and interior by requirement).

CENTRAL MARKET (modernist style building and one of the largest markets in Europe covering a surface of over 8000m2).

CRIPT OF SAINT VICENTE MARTIR, in honour of St Vicent the Martyr.

ROUND SQUARE, populary known as The Pit, dates from 1813 – FAÇADE AND TOWER OF SAINT CATHERINE, a Gothic construction with a slender Baroque tower.

FAÇADE OF THE CHURCHE OF SAINT JOHN, it is among the oldest churches in Valencia. 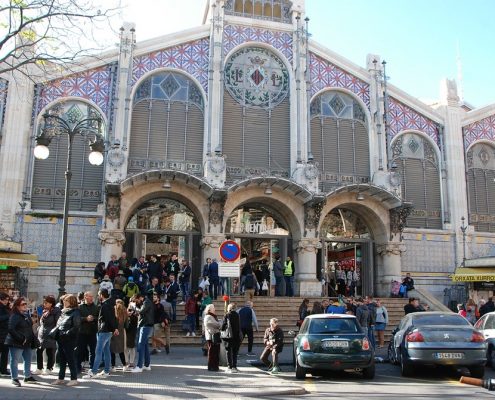 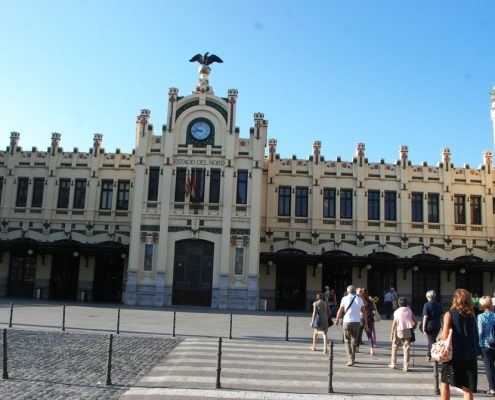 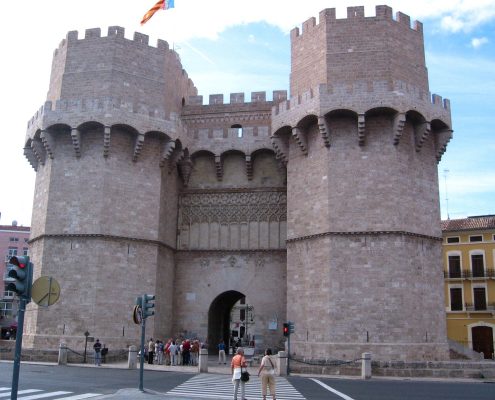 The different itineraries can be modified and adapted to the needs of the customers. You can also visit the City Hall with: the Municipal History Museum, Crystal Hall and Council Hall, from monday to friday.

For more information please call to: